Holiday is a moment for relaxation and new stimuli. In this case, The Trapani region of Sicily was the setting for just such a break during 10 warm days in August.
Stimuli can be found in elements of pure nature,  as well as those rich in culture – the work of man.
Isn’t it a perfect combination?   Nature and Culture of man as an origin to the word landscape? 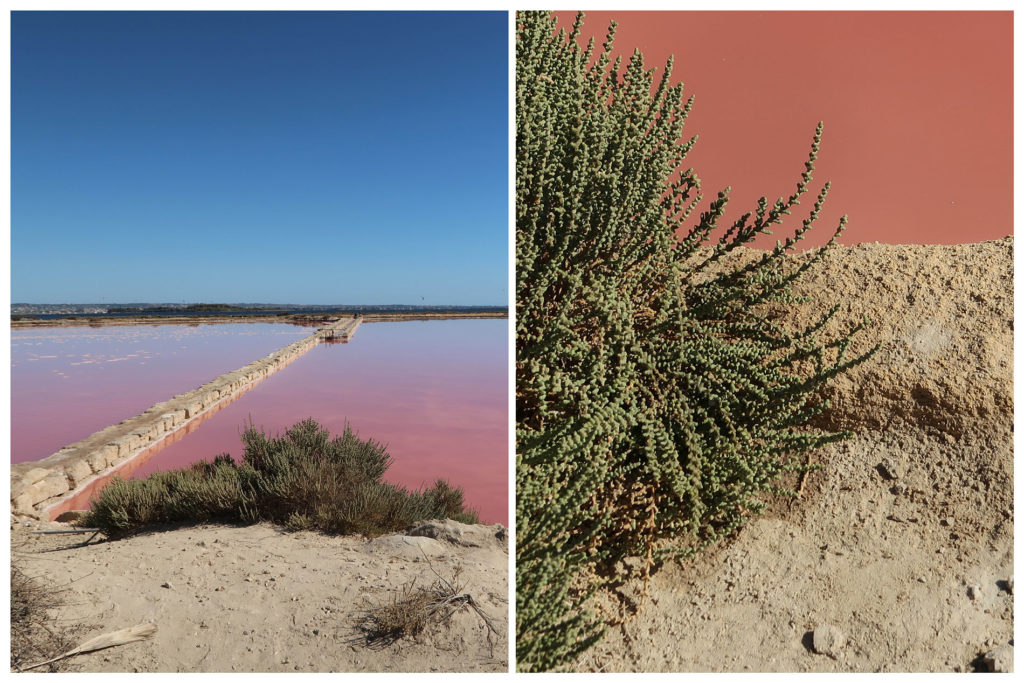 The Saline di Trapani is a unique sight thanks to the thousands of colors which this water reflects. The color results from the presence of living organisms present in the settling basins. At their borders, plants of Halocnemum strobilaceum. 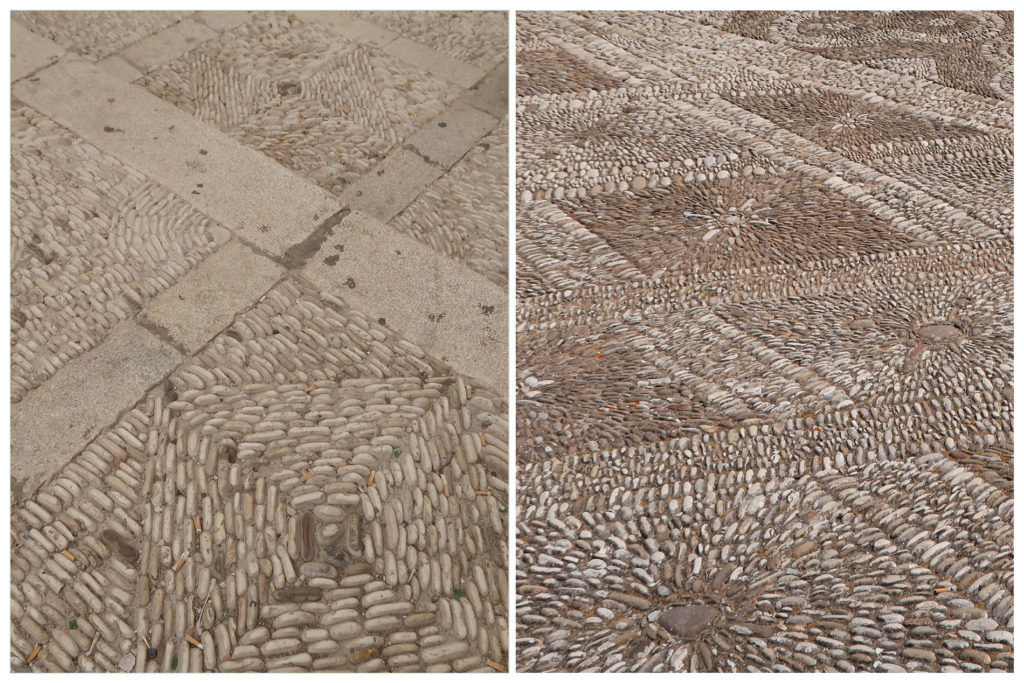 Textures cleverly composed with the use of pebbles and stone create refined geometries in the streets of Trapani and Custonaci. 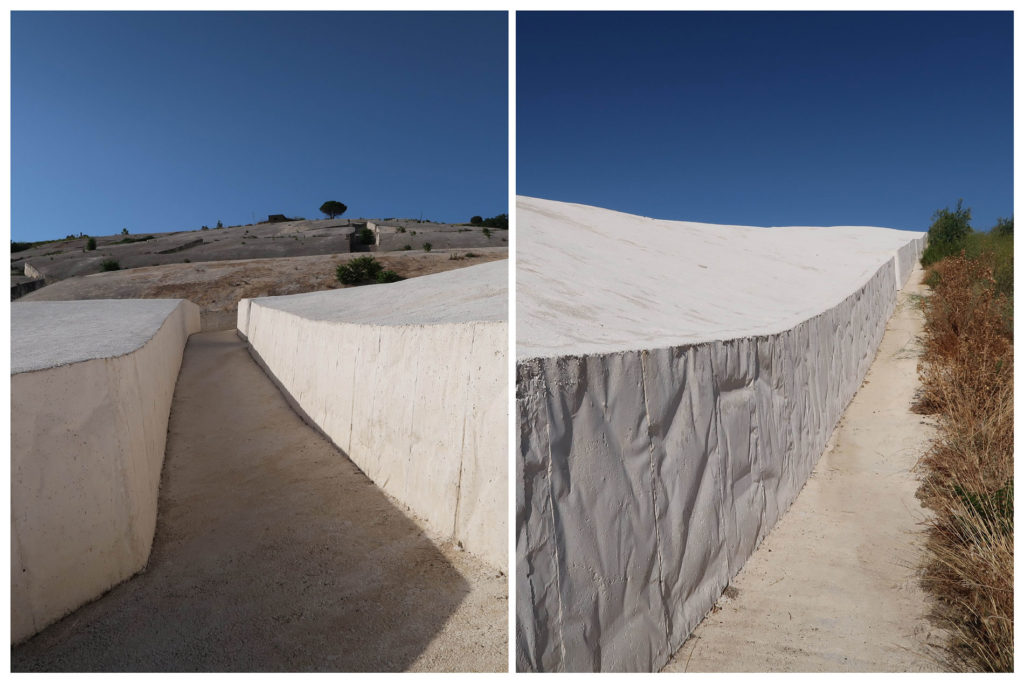 Where the old town of Gibellina rose, irreparably destroyed by an earthquake in 1968, a work of art conceived by Alberto Burri, titled Cretto. A gigantic mass of white cement covers the ancient city composed of streets and blocks. Looking closer, there is a beautiful contrast between the hardness of a material like cement and the soft appearance given by the superficial texuture of the form is revealed. 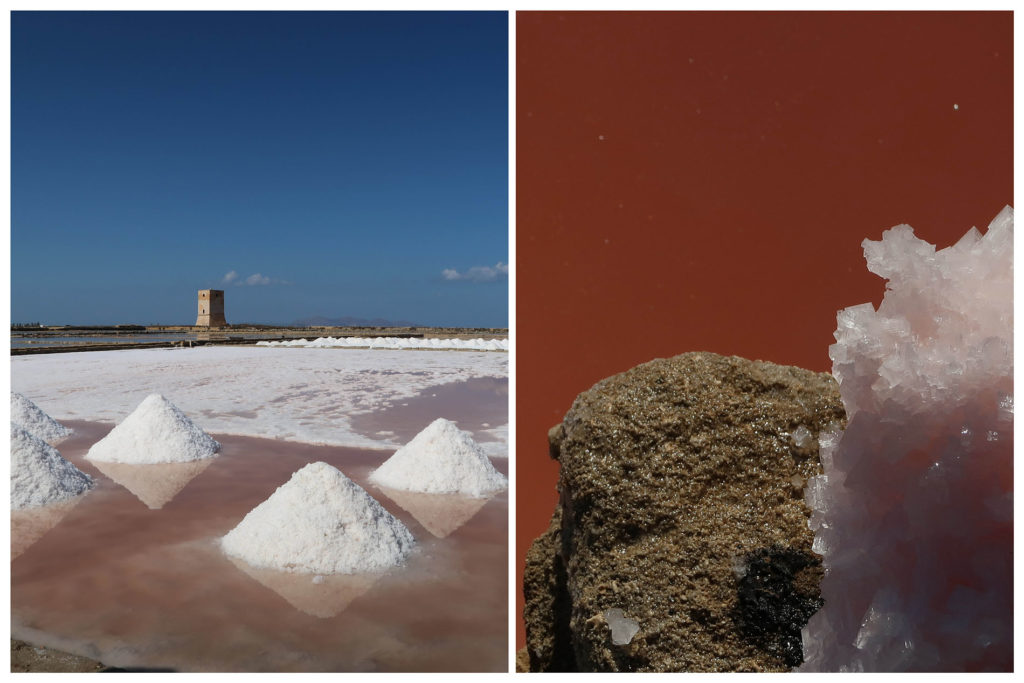 A salt basin near the ancient tower of Nubia, on the edge of the coast overlooking the island of Favignana in the background.
Are these small pyramids part of the manufacturing process? or are the workers making land art? A detailed look of the salt crystals reveal their fascinating geometry. 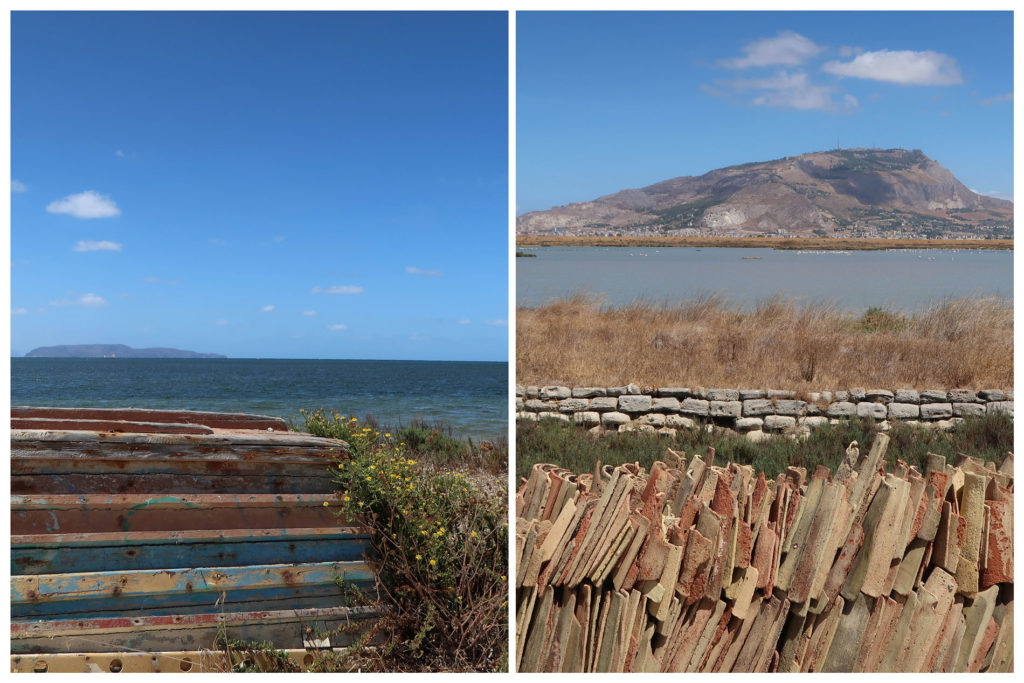 The shell of an upturned and abandoned boat merges with the flora of the coast. In the background there is the island of Levanzo. And then again horizontal layers, where the terracotta tiles momentarily stacked will be used to protect the salt hills, on the edge of Trapani. In the background is Mount Erice. 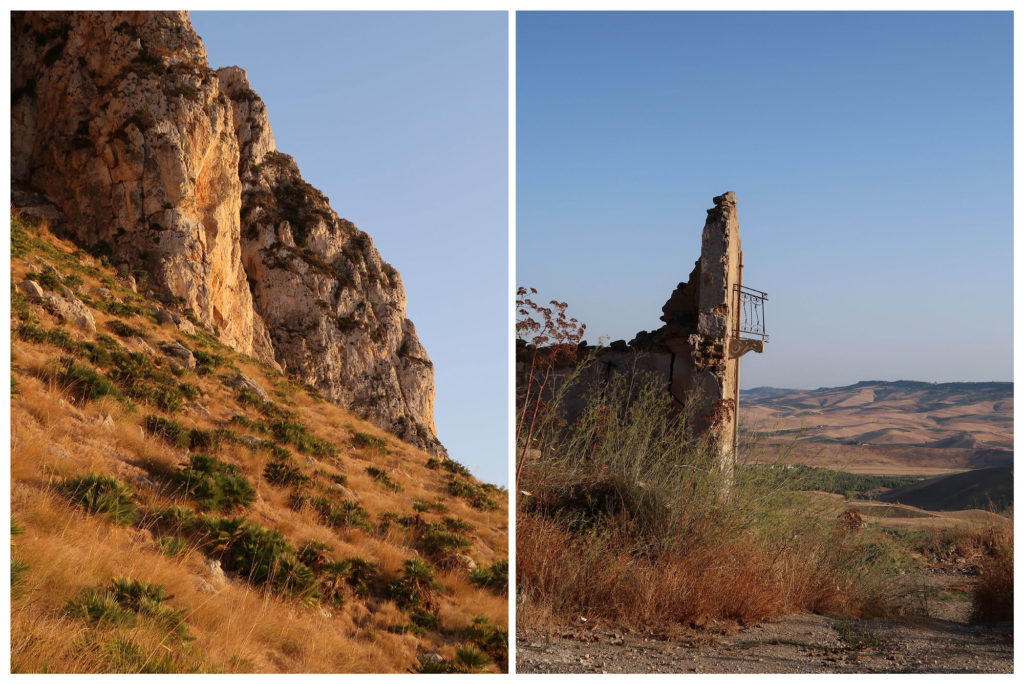 The rock formations of the Pizzo Cofano (Cofano mountain) drop steeply over a macchia composed of Chaemerops humilis. Contrast this with a contemporary ruin at Poggioreale, looking extremely fragile, as a landscape momentum of the 1968 earthquake that faces the Belice valley. 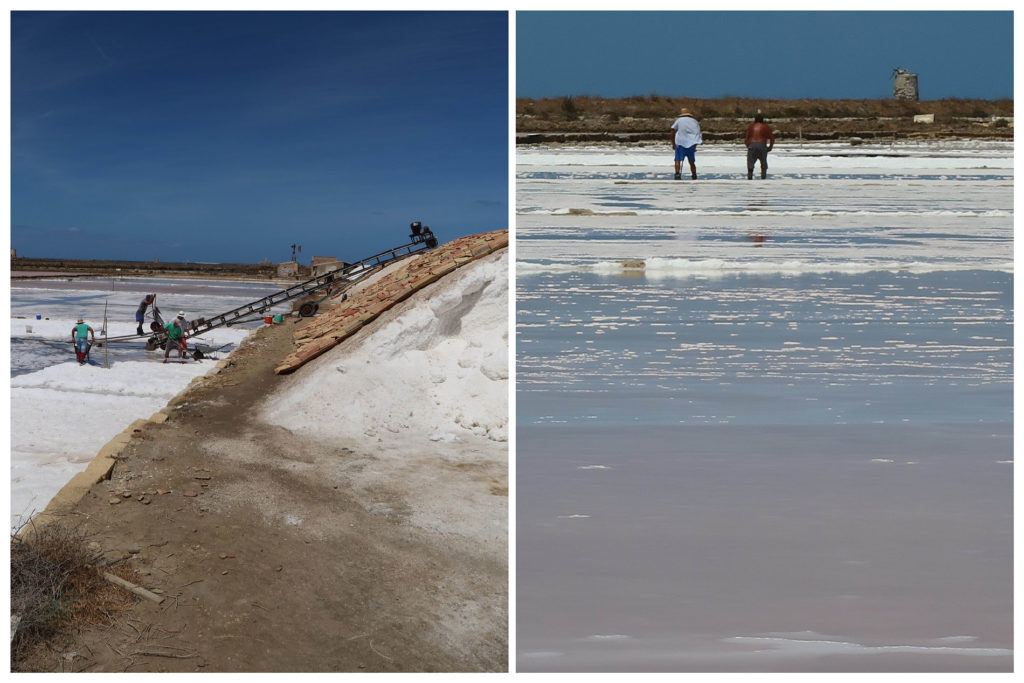 Salt production is still active in the SALINE and preserves a saper fare that continues over time. Once removed from the vasche, the salt is thrown up to create a pyramidal volume, then covered with terracotta tiles.